Archive for the tag “bhelpuri” 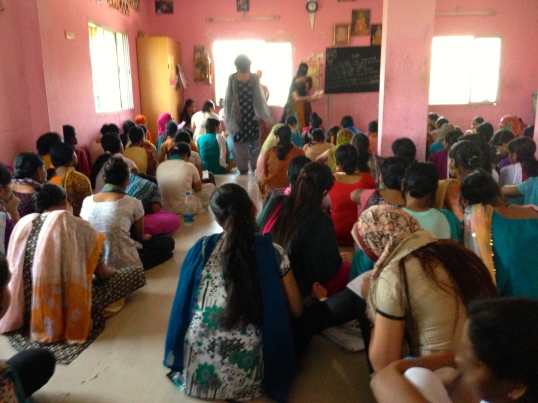 there was no shortage of young women in the home wanting to get into the new beginner classes. they zoomed up to give me their names and get on the list. here was their chance. finally it would be their turn to learn and sing and be part of the survivor girl ukulele band!

large beginner classes started, and the new girls were so happy and earnest.

i can still picture reka* as she sat cross-legged on the floor and held her ukulele close. she gave it a strum and shut her eyes tight and began to hum. her head tilted to the side and her eyebrows knit together and she imagined she was playing real chords in a real song and that she was somebody. it was a magic moment.

a few days later the project was cancelled. the end.

i got to say good-bye to three of my first batch students, and when they came down to meet me i could tell they had been crying. i started crying too. no one said this was going to be easy.

and rather than get into the whys and wherefores, i’ll just get into telling you about phase two, in which laurie gets her bhelpuri and then shifts to the big city.

this guy has a stand right across the street from where i lived and serves up the best bhelpuri pettis ever!! 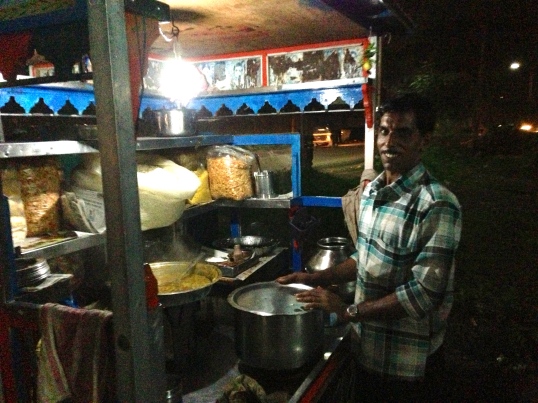 and this short video is of the bhelpuri man’s wife. she and i would sit together and eat and try to carry on a conversation in my limited hindi and her marathi.

after my last meal of bhelpuri i packed up, and the next day i headed to mumbai.

here is the guy i hired to drive me to mumbai. he drove like the wind. 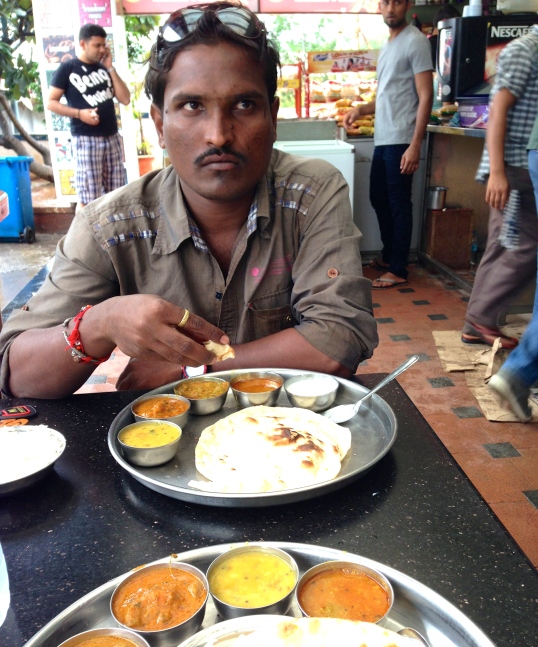 half way to mumbai, it started raining, and it has barely stopped raining since. 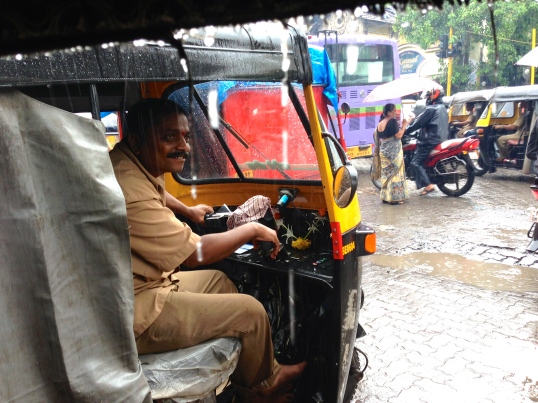 in mumbai, i’m volunteering with an organization that has a number of drop-in centers in some of the city’s red-light areas. the drop-in centers provide a place for doctors to hold clinics, for social workers to provide counseling, and now for me to conduct ukulele lessons for the women working in these areas.

my commute includes auto-rickshaws and trains. mumbai trains are very crowded and never boring. on the first day as i approached my station carrying six ukuleles, i worried how i would get off the packed train. not to worry, the crowd ahead of and behind me disembarked at the same station. i had just managed to get the six ukuleles out of the train and myself onto solid ground when the crowd surging to get on nearly carried me back onto the same train!

from that busy station i take another train, and from that train i take an auto to one of the slums. i walk in a short distance and then turn into a narrow walk-way between two buildings. on the other side is a narrow raised cement footpath, and either side that path are small hovel brothels with benches and chairs outside under corrugated roofs where the women sit and wait for customers. 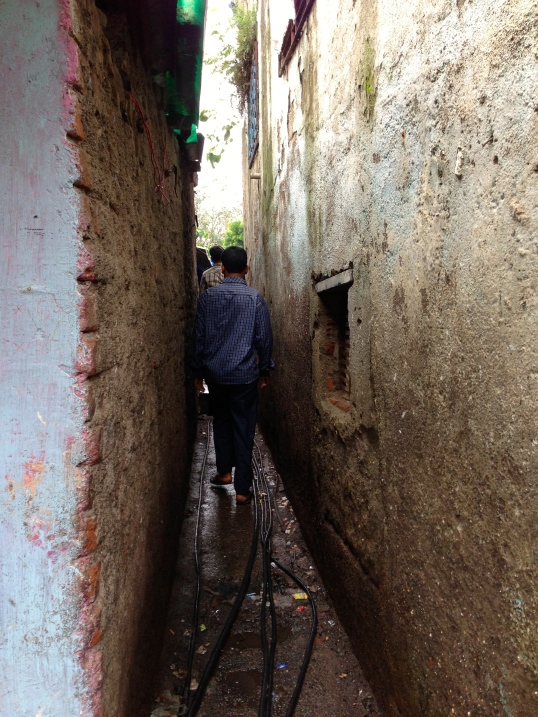 on my recon visit to mumbai we were invited for lunch at the new home of a female pimp / debt collector. she served goat and gravy and rice. the apartment was one-room, approximately 10″ by 10″, with no toilet. here’s a photo of the kitchen area and the goat.

and here’s a short video of a lemon seller girl on the train. enjoy!!