one of the things cool i’ve been doing at apne aap was get involved in the “cool men don’t buy sex” campaign — a call for india to get help stop sex trafficking by signing a petition. the petition will go to the president of india, smt. pratibha devisingh patil, asking her to amend the immoral traffic prevention act and criminalize the purchase of sex similar to what sweden and norway have done. the idea is that if you eliminate the demand, then you will eliminate trafficking.

we went out to a student fest at delhi technological university to collect signatures. 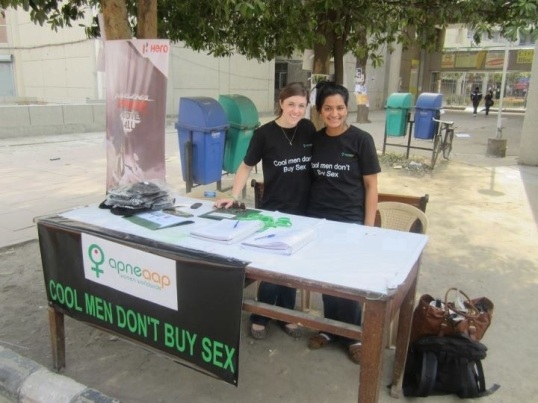 a high percentage of the students are men, and it was interesting to see the various responses to our petition. as soon as some heard what we were about, they turned and went the other way. but many of the students signed enthusiastically. here’s a few of the encouraging comments that they included with their signature:

i am very grateful to you that you have raised voice against this issue. and i am totally agreed. thank you.

we have to take strong action against this and it’s very necessary to buildup some rules and regulations.

i appeal to the concerned authorities to protect the women against male violence & to give them freedom so that women can enjoy a fearless life.

i think and believe that prostitution must end and respect for women must increase. they are mothers and sisters.

i also designed a poster for the campaign. it will likely not see the light of day other than here, but i rather liked it. and yes, that’s my rear end! 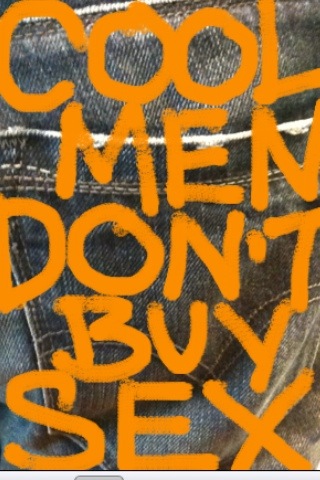 my poster idea (done on doodlebuddy)

one day i brought my guitar to the field office and learning center on the outskirts of delhi, where apne aap works with girls and women of the perna caste. in this community of the perna, a high percentage of the families engage in intergenerational prostitution. the females are married off when they’re only fourteen, and soon their husbands or fathers pimp them out to support the family.

girls come to the center to learn sewing and computer and other life skills. here’s one of the posters on the wall: 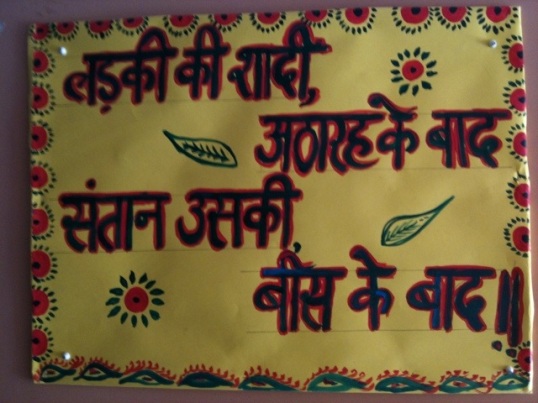 "girls should get married after 18 years, have a child after 20 years"

i had the chance to play my guitar and sing the abc song with two little girls, who did a nice job strumming the strings while i played the notes.

then we were off to another perna community to present an apne aap legal training on domestic violence. it was meant to be a training for the women, but no women showed up, so they rounded up all the little girls instead. 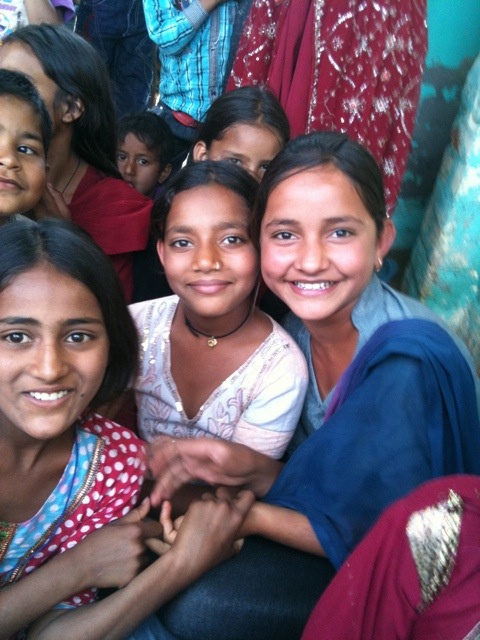 girls at the legal training

after the training i brought out my guitar again and we sang twinkle twinkle little star. then i tried to teach them the hindi version of “sweet home chicago.” i’ve been working on that song for over a year — but it turns out some of my hindi lyrics didn’t make any sense! so that song was a big fail. but it was someone’s birthday, so we sang happy birthday instead. yay! 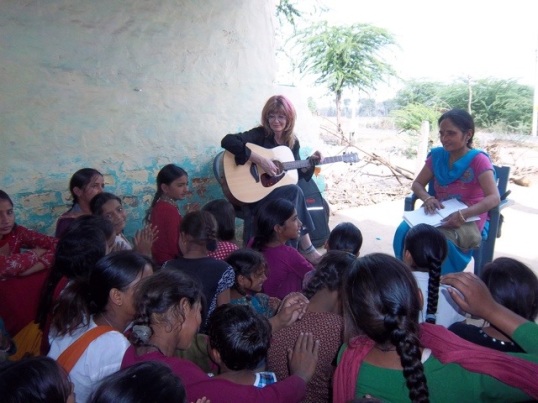 the girls were entranced by the guitar — wanted to strum it, wanted to know how it works. it’s a dream of mine to learn to play the ukulele, and — when i come back to india full-time with an organization — start an all survivor-girl ukulele band! 😀